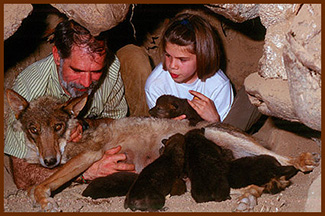 There aren't many children who have grown up with wolves, but Blanca Sanz can count herself as one of the lucky ones who have. She has played with cubs in their den, joined in games with young wolves and even howled at the moon while being treated as just another member of the pack, never being threatened with aggression and always under the watchful eye of her father, Carlos. Aged eleven she joined with him to re-write the story of Little Red Riding Hood, their aim being to dispel the myth of the "Big Bad Wolf". Here's their version..... 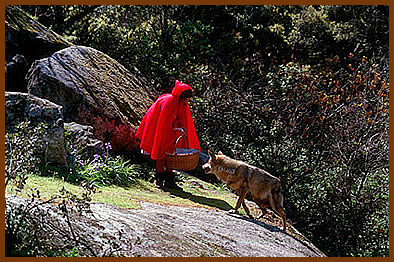 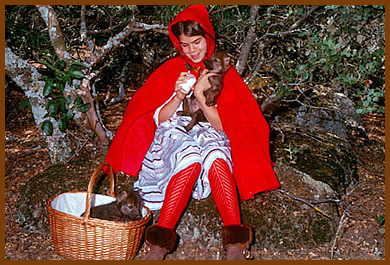 Not long afterwards, she found the cubs in some bushes, frightened and very hungry. Being the super-heroine that she was, she luckily had just what they needed in her basket - a baby's bottle full of milk at just the right temperature. 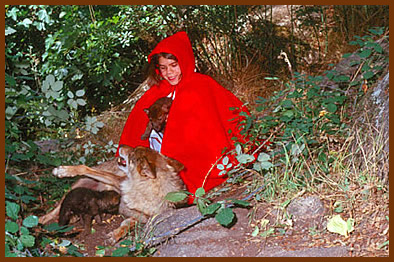 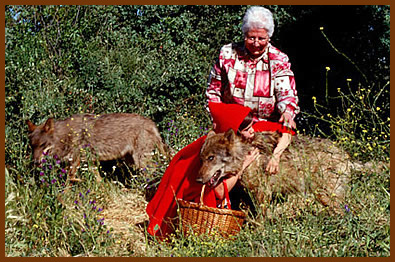 As it was getting very late, the mother and father wolves decided to guide Little Red Riding Hood, via a short-cut through the woods, to her grandmother's house where she gave her the presents she had brought in her basket. 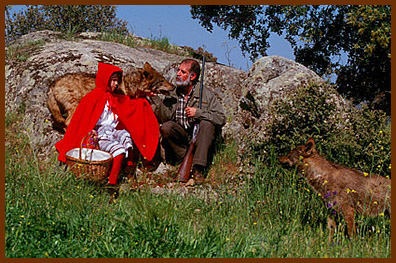 A hunter, who had spotted the wolves near the house, approached with his rifle at the ready believing the young girl's and the old lady's lives to be in danger. Little Red Riding Hood begged him not to shoot and explained that the wolves would never attack people. 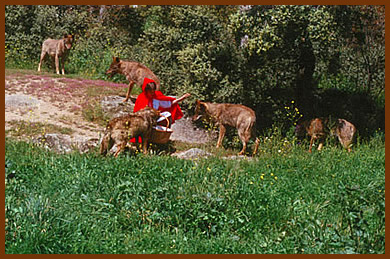 Since that day, all the wolves in the area became Little Red Riding Hood's friends and came out to play with her and protected her every time she went into the woods. 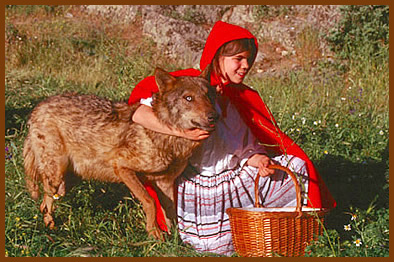 The moral of this story is that wolves can be good friends to humans and never eat Little Red Riding Hoods! The myth of the man-eating big bad wolf is completely false.
For European countries now seeing a slow, wary growth in their wolf populations, all that is needed is a little foresight on the part of farmers and local governments. The former should make full use of their local Livestock Guardian Dog breed (in Spain, the Mastín Español) which, by their presence alone, deter wolves from attacking animals out to pasture, and by night should keep livestock in barns. The latter should compensate financially for any livestock loss promptly when proven to be by wolves rather than the more often case of attacks by feral dogs. Human hunting of deer and wild boar (wolves' natural prey) should be controlled so that any wolf pack doesn't need to resort to farmed animals in it's search for food.

With thanks to Carlos Sanz and his daughter Blanca for giving permission to translate from their original "Caperucita Roja y el Lobo....¿Feróz?"